The Secret of the Champions 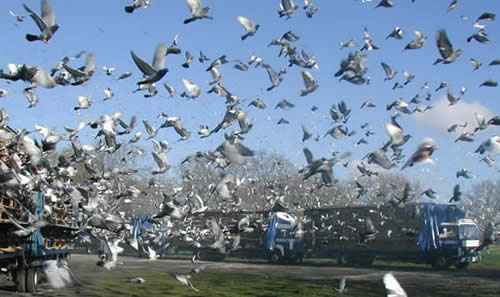 When pigeons fail to have good results one need not seek far to find a reason for that. There are two possibilities: Either the birds are no good or they are not in good shape. Very rarely it is both as quality birds nowadays are so wide spread that I hardly believe that there are still fanciers who only have birds of poor quality. In Holland and Belgium we mostly race one in four. That means 1,000 birds in a race? 250 prizes. When a fancier enters 16 birds he is ‘average’ when he wins 4 prizes. Not good not bad. When he wins 8 prizes (50 percent) this is considered to be pretty good. The (real!) champions however are not satisfied with that. 50 percent prize is not good enough for them. So we have the following situation: If a champion enters 16 birds in a race and if he wins 8 prizes this is not good enough for him ! If a poor racer enters 16 birds and he wins 8 prizes that is super, at least¼ for him! If a fancier enters 16 birds and does not win a prize at all, not even one bird in the first 25 percent of the total entry? That is in fact an impossibility. No one has such bad pigeons, lack of quality cannot be the reason. Such a guy has a problem and should visit a vet. His birds are sick and not a little bit.

GREAT FAULT
Poor quality or poor health? That is the great dilemma for many people who are not successful in the sport. As for quality I repeatedly write no one in the world can see for sure if a bird is good. He cannot see this in the eye, and even the best bloodlines imaginable does not necessarily make a bird a good bird. But you cannot turn things round: If one cannot say for sure if a bird is good this does not mean one cannot see if a bird is bad. Some birds have such poor feathers or they have such a poor body that they simply cannot be any good. If you are smart enough as to see if a pigeon is bad this is already something. Not only ‘something’. I think it is the key to success of many fanciers. They know which birds to remove! ‘A good selection’ many champions claim ‘is my secret’. Every body makes mistakes when selecting birds, but¼ the champions make less mistakes than the others. Concerning one thing however you will never make mistakes. That is when natural health is the basic criterion in your selection. The man who gets rid of birds which are not in good shape 365 days a year will seldom make mistakes. When you have say 40 pigeons and 38 eight of them are in good health the two others have no excuse to be sick. Get rid of them. Certainly you should not make the mistake to medicate 38 healthy birds in order to cure two others. When 2 students in a class have a head ache a teacher does not give aspirin to all students either.

‘SECRET’
In pigeon sport many roads may lead to successes. But one thing all champions have in common: They have no mercy on birds which cannot stay healthy or which constantly need medicine to stay in good shape. Those who exaggerate medicating may have birds that are not sick but it will be hard for such birds to get super condition. Their health is not natural but artificial. This is also something important to consider when importing pigeons. Stay away from fanciers who often medicate their birds. You better get birds from people who know little about medication. You will get stronger birds with more natural resistance against all viruses and bacteria that threaten them from the outside, for example in the basket. Many fanciers wonder ‘what should I give the birds to make them healthier?’ That is a wrong statement. The question should be: What should I do to get birds that are strong by nature, birds with a good immunity who do not need medicine constantly? The answer is selection. You must be good to the birds but strict at the same time. ‘An iron hand in a velvet glove’. Furthermore selection cannot start early enough. In fact already when birds are still in the egg!

MISTAKES
Concerning selection following mistakes are made: – Some people think too soon a pigeon is a good one. The same bird which is ‘average’ for a champion, so not good enough, may be put in the stock loft as breeders by non-champions. – Others have birds in the stock loft which do not belong there. Birds of four years old for example that never gave a good baby. The only reason they are still alive is their origin or the price which was paid for them. – For race birds the same story: A two year old will seldom become a better bird when it is older. That’s why a 2 year old bird should be a good one or a dead one. For that reason most champions in Europe race so many yearlings.

YOUNG
That is much different from some decades ago. If you look at the result-sheets nowadays in Belgium or Holland you will notice how young the winners are compared with the past. Unlike then it is now mostly yearlings or two years old that are on top. Only for the 2 day races like from Pau and Barcelona this is different. In the past a pigeon that got sick was lost. Simply as we did not have the medicine. Later we got the medicine and¼ we got problems of all kinds. How come? Due to medication throughout the years we made pigeons weaker. Too many fanciers did not realise that medicine were developed to cure diseases. They sought refuge to medicine when the results were poor as they suspected the champions to be that good because of medication. That is a misconception. Medicine do not make fanciers better racers, a strong selection based on results and natural health and immunity however does.

YOUNGER
In the past many champions in Europe weaned their babies when they were four weeks old. Now they do at the age of 3 weeks. They do so for several reasons. – You spare the old birds. Pumping babies must tire them out a lot, especially very old birds. – Weaning them at a younger age will make the babies tamer. Very few pigeons are scared by nature. It is the fancier who is responsible. He does not have good contact with the birds, he grabs them too wildly: Hands over the head, softly approaching the bird and then suddenly ‘bang.’ Got it. How can you expect such birds not to lose all confidence in you? How can you expect such birds to trap fast when they get home from a race when they see you? Believe it or not I know fanciers whose birds do not trap unless they hide. There are also others. Fanciers whose birds trap faster just because they see them. They do the right thing. – Another good reason to wean babies at an early age has to do with selection. You will sooner find out which are the weaklings.

PIGEONS WITHOUT A FUTURE
The younger you select birds the better. In fact you can already start your selection when birds are still in the eggs. Some advice about the selection:

OTHER MISTAKE
It is important to learn from your mistakes. In the past it happened to me that I let a baby live which was not in good health. The only reason was that it was off of special parents. It never ever happened that such a bird became any good. Now I have no mercy on them any more. Good health is the main thing required from a bird at any age. If a baby is not in good health first eliminate it and only then look at the band to see what the parents were. If you first look off of which parents it was bred you are prejudiced and judge with different eyes and you may be persuaded to let it live.

POSITIVE
What I do like about youngsters, apart from their natural health, is that they show attachment to their own territory at a young age already. Birds which I can grab in the dark as I know where they are at, (always the same place!) will often be the better birds. I do not like pigeons that I have to look for as they can be anywhere. Pigeons which do not feel attached to their own territory and defend it will seldom be good birds.

IN CONCLUSION
Birds with a perfect body, perfect eyes, perfect feathers and even a perfect pedigree may be worthless pigeons which are not able to win a decent prize. That makes a good selection so problematice. The most important things that make a bird a good one, such as character, orienteering, smartness, stamina, attachment to their territory we cannot see. So mistakes will always be made when grading and selecting. A man who grades and selects on natural health however will never eliminate good pigeons. And fortunately it is far from difficult to see if a bird is in poor health. Do not think medicine will make you a winner. People like Klak, Engels, Houben and many others have been successful racers all their lives. They are not kind of doctors or chemists, on the contrary, they know nothing about medicine or sicknesses. What they have in common is that they all realise how important selection is.

The Secret of the Champions  by: Ad Schaerlaeckens 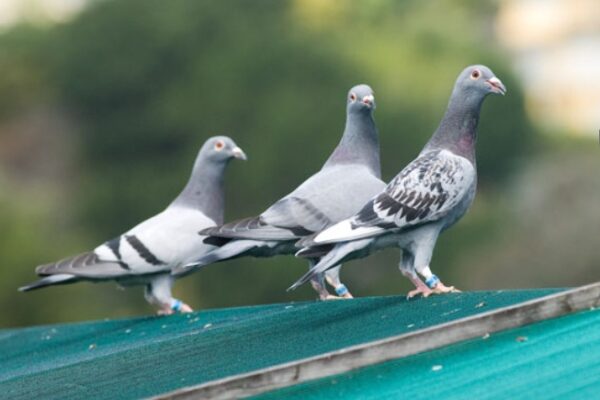 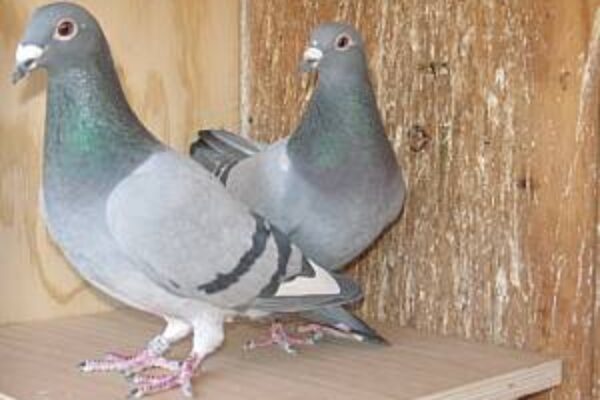 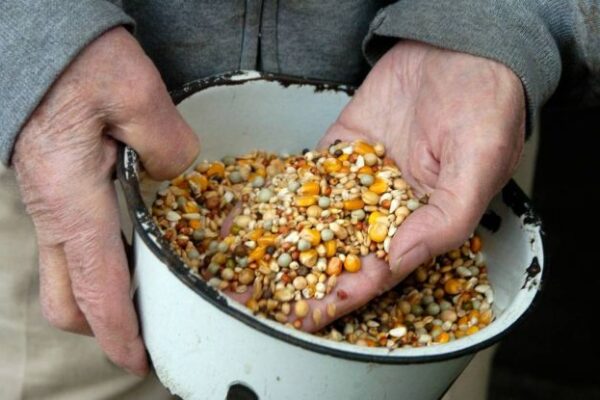 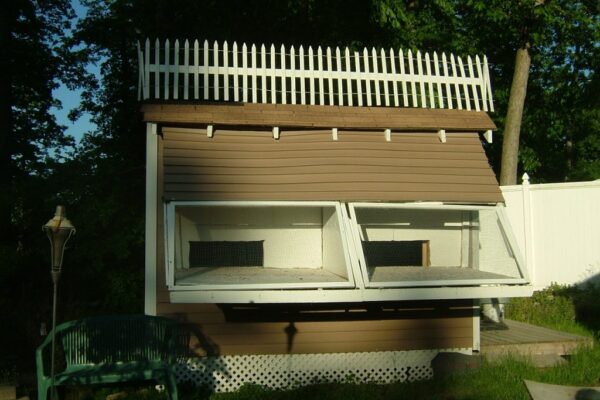 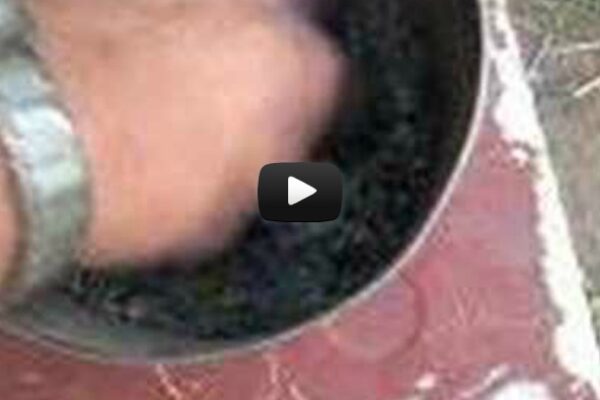 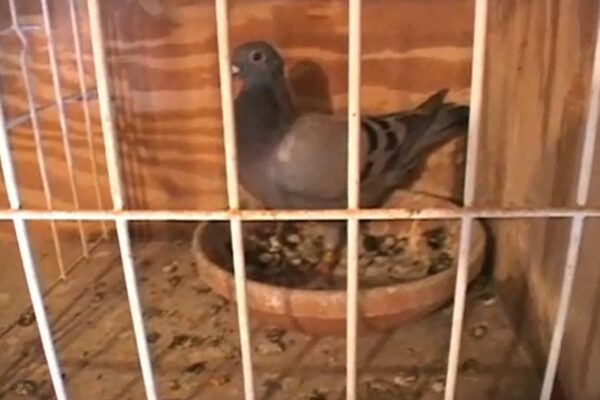 33 thoughts on “The Secret of the Champions”